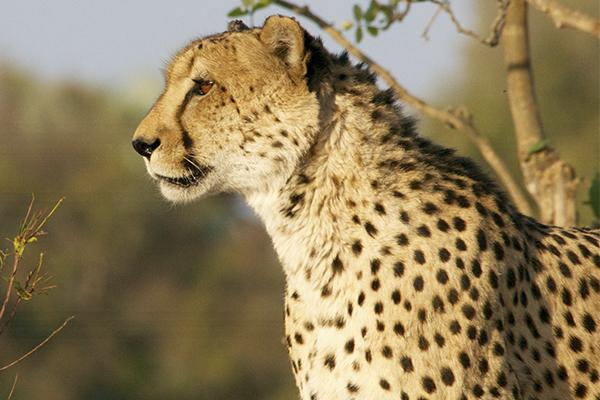 Canned hunting is a new and cruel tourism phenomenon that in recent years has gained a lot of popularity in South Africa and that is seriously threatening the conservation of species such as the lion (the most sought-after animal) and other wildlife.

The term "canned hunting" refers to the space where the hunting expedition takes place and where, the "brave" hunter has zero chances to miss the target (the most popular claim for this activity is "no kill, no pay").
The animals used for this practice are mostly captive bred on farms that specifically provide animals to this industry: new-borns are taken away from their mothers just a few hours after the birth and bottle fed. This is done for two reasons: in the first place to raise animals accustomed to humans and that will not escape when seeing the hunters, and on the other, make mothers quickly become fertile and "productive" again.

Animals can also come from zoos, circuses or hunted in the wild.

Baby lions are also used by breeders to attract other tourists who want to cuddle them and take pictures with them, and that pay a fee of about 5 € while reassured that the animals will be reintroduced in the wild.

Nothing further from the truth, if we don’t not consider “reintroduce in the wild” let these animals out of their cages a few days-or even hours before the hunting expedition. The animals are often given tranquilizers or can be found by the hunter in the same spot where they used to eat in the previous days. On the other side, the hunter "faces the danger" in a van and armed with firearms and crossbows.

Americans and Europeans are still the biggest fans of these expeditions, but the success of canned hunting is also growing in Asia, where there is a high demand of lion parts for traditional medicine.

Today in South Africa there are about 160 farms that breed lions for this industry for a total of about 5,000 lions in captivity…..against the 2000 animals still living in the wild.

In FAADA we are against any form of hunting ( "traditional" hunting, "Internet hunting", etc...) but we decided to emphasize the cruelty of this modality for the cowardice of its participants and its close relationship with the tourism industry. An industry that today can see itself benefited by the hunters who come to South Africa, but that eventually might see the local populations seriously affected. Because of the bad image that the country is gaining on an international level, and because… if in recent years the lion population has dropped an 80% ....what will happen if the animal symbol of this country get extinguished? How many tourists will still travel to South Africa?