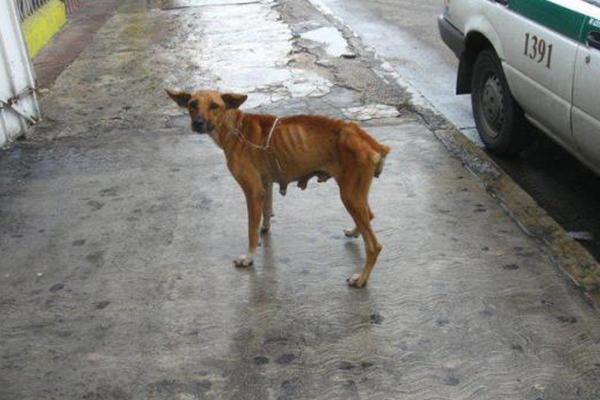 During the holidays, tourists can see not only wild animals, but also dogs and cats. Unfortunately in many cases, these encounters leave in people's minds an image sad and shocking and destined to last in time.

In many “tourist paradises”, to see stray dogs and cats - hungry, sick and suffering - is something very common. And according to statistics, people experiencing this kind of meetings, are less likely to return to that particular destination and share the incident with friends, colleagues and on websites such as TripAdvisor.

Some tourists even refuse to travel to certain destinations because they don’t want to see stray dogs and cats suffering or have heard that that particular country controls stray populations through inhumane and brutal mass killings – animals are often poisoned - a solution that is inefficient, impractical and immoral.

Nowadays, this problem is common to several tourist destinations. According to surveys, Mexico ranks first, followed by India and other Asian countries.

Tourism aside, stray dogs and cats can have a negative impact on the economy of these communities since they can destroy local ecosystems, agriculture and kill livestock. Furthermore, free-roaming dog populations result in animal welfare and public health problems. (Ex: rabies infection). Additional social problems include road accidents, fighting, noise, bitten children, fecal contamination and spread of rubbish.

No wonder therefore that tourists not only suffer seeing the terrible conditions in which these animals live, but are also concerned about their personal safety.

As indicated, mass killing of these animals is seen in many countries as the solution to the problem. And what tourists generally don’t know, is that these brutal practices are carried out just before the peak tourist season.

But killing stray animals is not the solution because it does not address the root of the problem - the uncontrolled reproduction of dogs and cats - contributes to greater population growth - the remaining animals have access to greater resources and reproduce faster - and is perceived by tourists as cruel and irresponsible.

The only long-term and cost-effective solution is the sterilization of stray dogs and cats. Several NGOs are already working in this direction in some of the most popular international tourist destinations, but they need the support of their governments in order to undertake permanent sterilization campaigns.

Tourists can help these animals complaining to their hotels, travel agents or tour operators and asking them to require their governments to manage this terrible problem in an ethical way. And of course, they can decide to help by donating to local animal welfare organizations that organize sterilization programs ( www.worldanimal.net / directory)

For more information: The Economic Impact of Stray Cats and Dogs at Tourism Destinations on the Tourism Industry