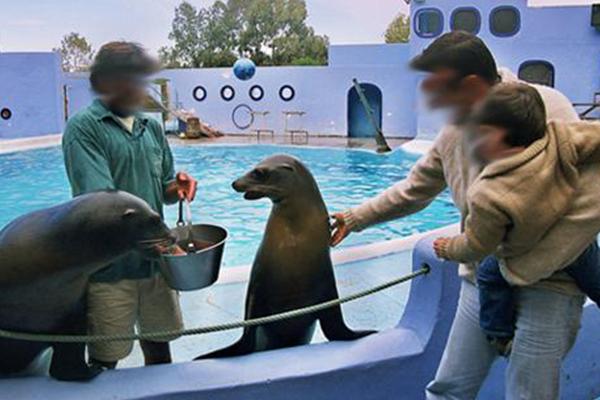 In an attempt to find new business opportunities, some people or animal facilities offer the opportunity to interact with captive animals. They offer to take pictures with wild animals, swim or dive with dolphins, sea lions, even crocodiles or sharks. Short fun for the audience at the expense of the welfare and live of many animals.

We have to be aware that any interaction with wild animals is harmful to them. Frustrated by captivity, they might show aggressive behavior and are therefore drugged, chained, have their teeth pulled out or their mouths sealed.

Wild animals are not used to having contact with human beings. Even when born in captivity, they get stressed, sick and can be dangerous. We should not forget that we are dealing with wild animals. They become unpredictable and crazy because their needs are frustrated by living in captivity which makes them potentially very dangerous. In the case of dolphins, for example, when they reach sexual maturity they often become aggressive. People participating in these contacts are seriously risking their health either by the possibility of catching a disease or by physical damage such as biting, hitting, etc.

Even in apparently harmless activities involving pets, their needs, as for example rest, are often not respected and they are driven to exhaustion.