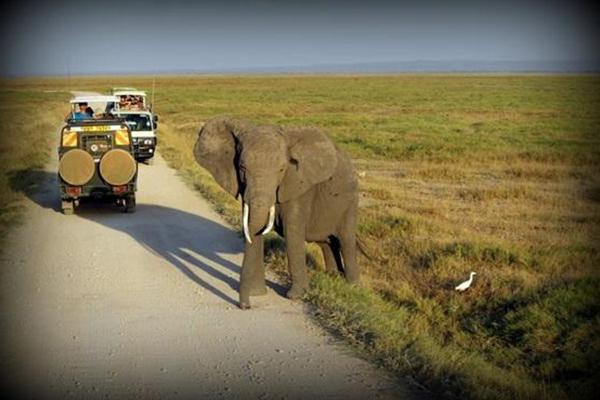 Wildlife sightseeing is an activity that has increased recently. In the African continent alone, the available data on the sales for safaris mean 168 million dollars per year. Regarding  whale watching, as the Internation Fund for Animal Welfare points out, this activity has allowed to replace the economic benefit resulting from whale hunting and thus to have an impact over its conservation. However, we must differentiate respectful practices from those that endanger wild animals and their habitats.

Benefits of a responsible sighting tourism

People attracted by this type of travel-experience that seek to feel and feel part of the nature, allow the diffusion of a new concept of responsible tourism in which knowledge and respect for ecosystems foster a greater interest in the protection of habitats, the financing of conservation projects (through the same rates or entrance fees to natural parks) and the creation of employment for local populations. The existence of safaris and respectful sightseeing activities represent an economic incentive for conservation and education about wildlife, its threats and the need to protect it. We have witnessed respectful initiatives that show how tourism has helped to protect animals and their habitat. Conservationists began organizing crocodiles’ sightings in Jamaica to protect them from poachers. In the Galapagos, wildlife sightings have allowed population to grow, the Fiji Islands Reef and Sharks Marine Reserve have managed to develop a sustainable and self-financed project with great benefits for the local community.

Several studies show that, well managed, the animal sighting in their habitat provides a much higher economic return than commercial -and lethal use in most cases-, of those same animals in other contexts. Africa, for example, obtains more benefits from ecotourism than from what is known as “trophy hunting”. The sighting of sharks on the other hand, projects a greater growth than its fishing.

The sighting of wildlife is sustainable as long as it favours the conservation and survival of the observed species. An incorrect interaction can cause changes in the animal behaviour, their mood and their psychological state, affecting their habits of predation, feeding and/or breeding.

It should also be kept in mind that some species such as great apes can contract human diseases for which their immune system does not have natural defences.

The interest in certain tourist destinations causes that many places become fashionable, as occurs during the nesting of the turtles in Costa Rica. This uncontrolled tourist expansion, the waste generated by tourists and the infrastructure itself jeopardize the maintenance of habitat and biodiversity. A dramatic example in this regard is provided by coral reefs. The breaks of the corals caused by the excessive number of inexperienced divers end the life of many organisms, reducing the variety of marine life of that place and consequently the tourist attraction to it.

Likewise, there are also operators whose trips do not respect the codes of conduct. They harass animals excessively causing them unnecessary stress, altering their behaviours (social, hunting, escape, feeding, breeding or resting) and vital cycles (hibernation), herds are separated, as well as mothers from cubs, or causing fatal accidents with vehicles.

The main recommendations to control the negative impacts of safari and sighting tourism on wildlife and the environment are:

Finally, it is important to consider that the long-term effects of sighting tourism are still quite limited. Cheetahs, for example, are the most sensitive and vulnerable big cats. The success of their hunt -daily and during daytime-, can be affected by the human presence, holding them back from hunting or seeing that their prey is fleeing because of the noise of the safari cars. In The Serengeti there have been several cases of hit cheetahs whose cubs were hunted by other predators after being separated from their mothers. As a consequence, codes of good practice for sightings of one species cannot be automatically applied to another of the same group.

From FAADA we advise tourists that want to join animal sightings to take into account at least the following general tips.