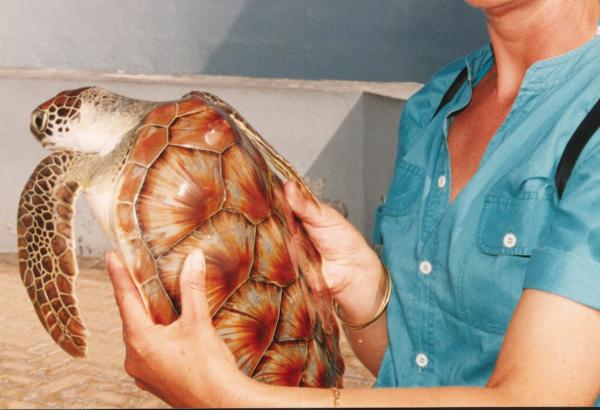 Sometimes deceptively promoted as sea turtle conservation centers, turtle farms or hatcheries are just a business. In some of these centers, the natural breeding behavior is disrupted and the turtles are kept in inappropriate conditions solely for exhibition purposes and profit.

There have been studies that turtles swim frenetically during the first 2 or 3 days after hatching and then slow down. This behavior assures them to quickly get through the shallow waters and reefs close to the beaches where they hatch and are more predators. So, when they reach the open sea they can relax and focus on food.

In hatcheries they are often not released until 3 days after hatching, allegedly to give them a chance to gain strengths, but curiously enough this is also the time they are most attractive to tourists. The problem is obvious; when released into the sea they are already in their slow phase and an easy prey to predators.

Although it is unknown how turtles return to their birthplace to lay eggs, chances are it is related to some kind of imprinting (learning process in young animals during the short period of sensitive receptivity).When they hatch and crawl to the water. If they hatch elsewhere and are then taken to the sea, this could drastically interfere with the natural process of learning about where to lay their eggs when they mature and, therefore, their reproduction is endangered. Also other factors such as releasing them in broad daylight - usually born at night- or releasing them from a pier - instead of the beach where the eggs were laid-, can have a negative impact on their future.

Additionally, many turtle farms (or hatcheries) exhibit adult animals - often in very small tanks. Some of these centers allow visitors to touch the animals, take them out of the water and take pictures with them or even to swim with turtles. Others even organize weddings and other parties on their premises.

With the knowledge we have today about the behavior of these animals and how certain practices may harm the individuals and populations in the long run, you can understand that the best conservation practice would be to preserve the natural processes in situ Instead of trying to replace or reproduce them. Thus, the best conservation for this species is, where possible, protect their nests on beaches.

Evidently, visits to the beaches where turtles lay their eggs must be accompanied by a good practice, because sometimes the vehicles and the uncontrolled presence of tourists can destroy the eggs under the sand.