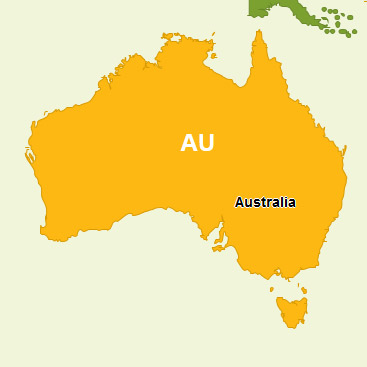 Australia´s fauna and flora are characterized by the high number of endemic species. Many native animals are threatened with more than a hundred species currently in serious danger of extinction. Australia has a poor track record in native wildlife conservation. The extinction of its megafauna is attributed to the arrival of humans and since European colonization, 23 species of birds, 4 of frogs and 27 species of mammals have become extinct.

The country has a great number of parks with the possibility of observing local fauna in its natural habitat. We note the Cradle Mountain (Tasmania), where you can enjoy a magnificent landscape and observe wombats, wallabies, kangaroos, echidnas, platypuses and other animals.

Maria Island, south of Tasmania, is a protected habitat (which has no local population, only the possibility to camp) and is therefore another excellent place to see animals like kangaroos, wallabies, wombats, Tasmanian devils and dive between manta rays. For more information about responsible wildlife observing click here and here.

Australia´s geographical isolation has led to the evolution of many delicate ecological relationships sensitive to alien invaders, and in many cases there are no natural predators for many of the introduced species. Some of the introduced plants that have caused widespread problems are Lantana and prickly pears. The introduction and spread of animals such as cane toad and the European rabbit can alter the balance between populations and cause environmental problems. The introduction of cattle and, to a lesser extent, dingo in Australia are other examples of species that have changed the landscape. The introduction of the red fox has caused the extinction of several species.

Recent reports on climate change have highlighted the threat of rising water temperatures to the Great Barrier Reef, a World Heritage Site and the largest coral reef on the planet. The environmental pressures on the Great Barrier Reef include the impact on water quality due to spills, climate change, massive bleaching of corals, high number of tourists, overfishing and boat accidents. To learn how to be a responsible diver click here.

In Phillip Island, which is located about 140 km from Melbourne, you can observe the little penguins, the smallest ones of the genus with a height of 40 centimetres and weighing about a kilo.  They have a bluish black plumage and feed on various types of fish and small marine animals. They live in large colonies and build their nests near vegetation to hide from predators. When it is time to return to the nest, they always follow the same path. The natural park where visitors can observe them was found in the mid-80s by the locals who decided to create a safe area for these animals which at the same time could be a place of pilgrimage for tourists. The Australian government bought all the private constructions that had been built next to the habitat of these birds to later bring them down and return the area to the animals. Then, special observation areas were designed with tiers and pathways that allow thousands of people to see how these tiny penguins emerge from the water without getting in their way. The park and its maintenance are financed almost entirely from tourism. There were only a few thousand penguins left in the twentieth century, and thanks to the good management of this place, more than 30,000 specimens live on the island today. More information.

Cage diving with sharks means being locked inside a metal cage that is submerged in the water, with the aim of getting face to face with a shark. The sharks are attracted with bait - a mixture of blood, crushed fish mass and small fish that is thrown into the water to get the sharks closer.

This way of swimming between sharks has generated concern for various reasons. The most important of these is that feeding wild animals can cause problems since it could influence their behaviour and disrupt the natural balance and, in addition, the activity of feeding sharks and diving in cages has been related to an increase in number of shark attacks on humans. In Australia, one of the most sought-after places to do this type of activity is Neptune Islands. More information.

From January 25 to April 30, 2014, 50 white sharks were slaughtered on the coast of Australia: despite being listed as protected species, these animals have been slaughtered in an attempt to rid the country of its reputation as a “country most dangerous in the world to bathe in the ocean.”

When the last deadly attack took place in November 2013 - the seventh in three years - Premier Colin Barnett decided to launch this action in order to protect the national tourism industry, valued at 7.8 billion Australian dollars - without taking into account the many protests and convictions of marine wildlife experts. More information

In Australia there are also crocodile farms, open to the public as pseudo-zoos, where many animals are usually kept in poor conditions and are then slaughtered for the use of their skins. Here animals are used in shows, interactions of all kinds and photos with tourists. At the same time, accessories made from their skins are sold on-site and in the online stores of the same centres. A sadly famous example in this regard is the Crocosaurus Cove

In some areas of Australia, such as Lady Elliot Island, it is possible to spot sea turtles and approach them by swimming or by boat. When it comes to observing these animals, it is very important to act responsibly in order not to affect their natural rhythms of behavior, feeding and resting. For this reason, it is important to follow good practices.

Crocodile farms are not the only type of captive animal centre that can be found in the country. There are also many zoos that also offer visitors different “photo opportunities” and the possibility to interact with wild animals such as koalas. More information about zoos zoos and how to distinguish between a real sanctuary and an animal exploitation center.

In this country you can also find centers which keep cetaceans (dolphins, killer whales or beluga whales) in captivity. Science has shown that these intelligent animals suffer greatly in the limiting conditions of dolphinariums and their stress levels and mortality rates are very high.

The training of these animals for circus shows where they perform totally unnatural behaviours, and which can harm them physically, is achieved through keeping the animals in a permanent state of hunger so that they act in exchange for a piece of dead fish.

Condemned by their facial structure, which resembles a human smile, these highly social animals, which would swim long distances and dive into great depths in the wild, are used to perform stunts in small concrete tanks. Many of these individuals are taken from the wild. More information.

Friends of the Koala

Here is a list of local NGOs that can be contacted in case you want to make a donation, a complaint or find an animal that needs help in Australia:?

Friends of the Pound

If you see wildlife that is injured or in need of help: